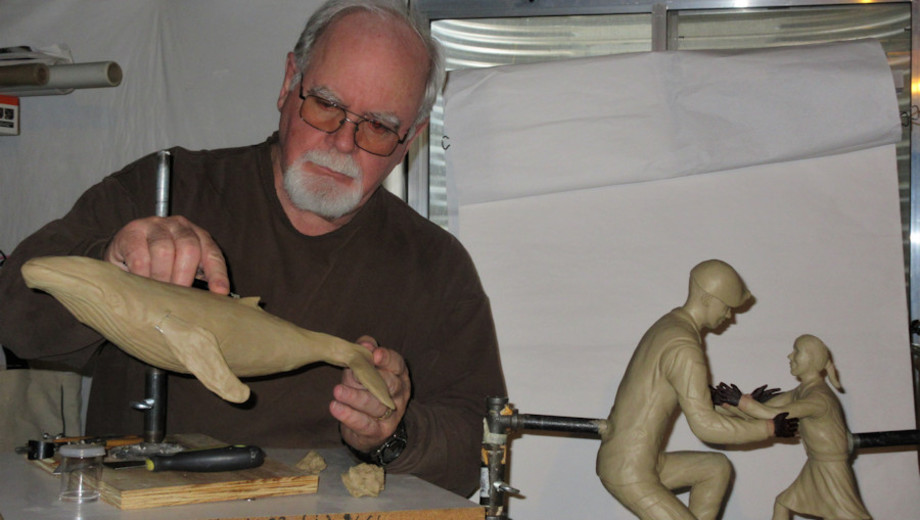 Chris Budden has worked in various media for over 50 years, though he has no formal education in art. His early works were primarily woodcarvings. Chris has won several awards in regional shows and honorable mention in an international show.

Chris has been creating bronze pieces for over 20 years, primarily wildlife. He recently started the "Homecoming" project, a series of bronze pieces depicting service members returning to their families.

In his youth Chris worked on his uncle’s ranch in Northern Colorado. This experience with livestock and wildlife influenced his early carvings, horses and birds. While serving in Germany his interest in other subjects was inspired by the work of woodcarvers in Oberamergau. Always looking for interesting subject matter, Chris enjoys photographing and observing wildlife and western scenes.

Chris welcomed visitors to South Dakota, as an Artist in Residence at locations throughout the Black Hills and presented demonstrations in Wyoming, Kansas, and Colorado explaining the production of limited edition bronze sculpture using the lost wax process and stone carving.

Chris retired from the Army, after serving 21 years.  He resides in Aurora, CO.